Korean Rockers, CNBLUE brought their ‘BLUE MOON’ World Tour to the Philippines to perform for the first time ever.

CNBLUE kicked off their eighth stop on their ‘BLUE MOON’ World tour on Saturday, June 15th 2013 to a passionate audience of over 5,000 fans. Filipino BOICE (CNBLUE Fans) have been waiting a very long time for CNBLUE to set foot in their country and now they have brought their world tour to the Smart Araneta Coliseum for their ‘Live in Manila’ concert.

A visibly tired yet motivated CNBLUE first arrived to Ninoy Aquino International airport where they were greeted by a frenzied crowd of overjoyed fans, all dying to catch a glimpse of the band and to get a chance to deliver their personal gifts to them. The band cleaned up handsomely when they later attended their special Press Conference where they met with yet another crowd of screaming fans whom were all to eager to find out what CNBLUE thought of their lovely country so far.

Concert D-Day finally arrived on June 15th, the following day where CNBLUE were set to perform in a venue of over 5,000 fans some of which, had flown to Manila from neighboring countries Indonesia, Vietnam, Singapore and Thailand. The band set off the night with their powerful rock songs, ‘Where you are’, ‘Get Away’, and fan favorite ‘One Time’ before changing directions to some of their dance friendly hits, ‘Coffee Shop’ and ‘Have a good night’. Dancing light shows and pyrotechnics are a special part of their live stage performances for this concert tour, which help to keep the rock vibe going throughout the almost two and a half hour show. In total, CNBLUE performed 23 songs from various albums including some from one of their most recent world wide hits, ‘Re: BLUE’.

Fans all gleamed with delight after the members pulled out sheets of paper and started to read special messages they prepared for their fans in Tagalog. The band were excited to have been able to communicate to their fans and were amazed at how many could understand them when they spoke in their native Korean throughout the night. This is what sets them apart from the others and makes CNBLUE special to their fans. They seem to have figured out a way to transcend language barriers with their talents to reach people of all backgrounds, countries, and even ages.

What made the night even more special was the impromptu, early celebration of lead singer Jung Yonghwa’s 25th birthday, originally to be on June 22nd. The loving band members drummer Kang Minhyuk, bassist Lee Jungshin, and lead guitarist Lee Jonghyun along with the exuberant audience, surprised Yonghwa with party hats and the birthday song. In all the excitement, at one point during the night Yonghwa blurted out his love for Singapore and quickly felt his embarrassment with a reddened face as he failed to contain his laughter at his blunder to which the audience laughed along with him. 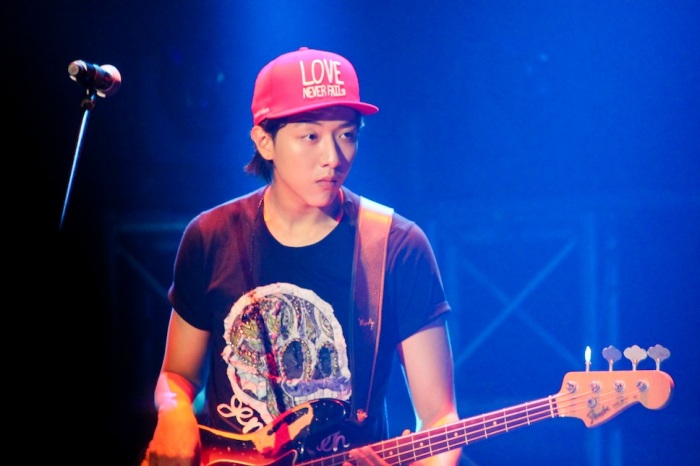 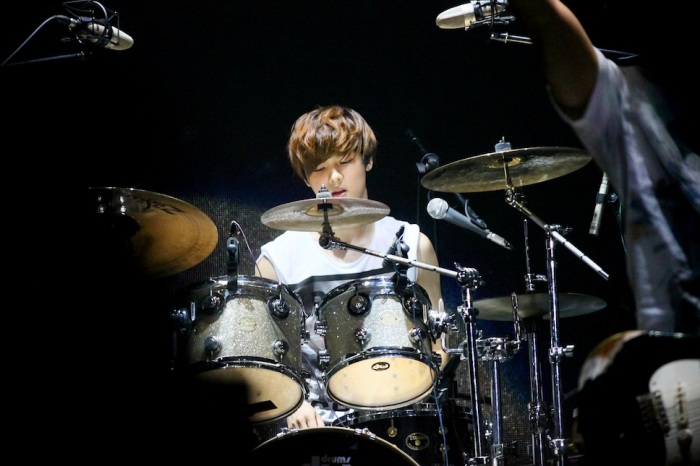 Next stop on the ‘BLUE MOON’ World tour will be Beijing, China on the 29th of June at the Beijing Capital Indoor Stadium, organized by SAMSUNG GALAXY Music. 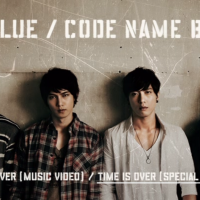