Hangul Smart Domain Organization is currently holding a popularity poll for K-Pop boy groups. Based on the results top three groups will be part of the first groups to receive special smart domains in Hangul, Korean characters.

The organization previously held a similar poll for girl groups last month and the top 3 were Girls’ Generation, KARA and Wonder Girls have each received their group Hangul domains. In addition each of their respective fan clubs will be receiving the hangul domain as well.

Each IP address is only allowed to vote only once a day. The poll is open until June 8. Participate in the popularity poll by visiting here.

Below is the current ranking of the male groups.

Hurry up and vote you guys because the voting ends on June 8th Korea time so we need to move fast to get CNBLUE‘s ranking higher in the top 14 among the male groups! This is pretty much a popularity vote to see which groups get to be the first  to receive special smart domains in Hangul, Korean characters. As stated in the article, each IP address can only vote once so make sure you choose correctly.Just to be sure I circled it for you ‘non-Hangul literate‘ people like myself haha! 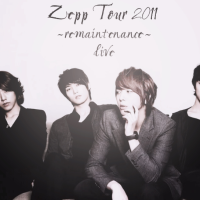