The eye-catching photos of singer-turned-actor Lee Jonghyun‘s first shooting have been released to the public.

On May 2oth, the staff of SBS new weekend drama “A Gentleman’s Dignity” (writer Kim Eunsook, director Shin Woocheol) unveiled the photos from the first filming for CNBLUE Lee Jonghyun, the singer who has started his small screen acting for this drama. In today’s photos, Lee Jonghyun is showing excellent acting, with his cold stare and in contrast ,his mouth full of sweet smiles that can shake the women’s hearts.

For this drama, Lee Jonghyun will be playing “Colin” who was born in America and raised in Japan. “Colin” is a mysterious and sad character which would appear later in A Gentleman’s Dignity. 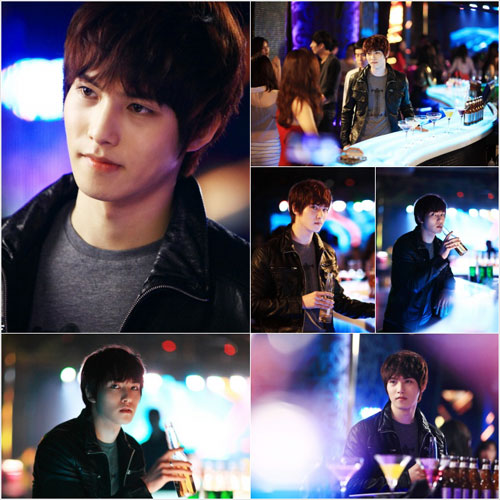 According to A Gentleman’s Dignity crew, the scene was shot at a club in Itaewon where Lee Jonghyun met Kim Haneul‘s character for the first time and thus began their entangled fate.

As it was his first filming, Lee Jonghyun was so passionate towards his character and was asking opinions and sharing thoughts before the filming and that attitude has received praises from the staff.

Meanwhile, A Gentleman’s Dignity, a star studded drama with Lee Jonghyun and the rest of the “flower guys” – Jang Donggun, Kim Sooro, Kim Minjung and Lee Jong Hyuk – will begin its first broadcast on May 26th.

WOW! Lee Jonghyun looks damned good in these shots on the set of his first shooing! Did you see that first picture? OMG! I CANNOT wait to watch this drama find out more about his character but I’m conflicted because I normally wait to watch new dramas when they start to air simply because I watch them online and have to wait for them to become available after they’ve been subbed. So I really try to wait a few weeks into airing so I have a few episodes to watch at a time…I hate waiting lol! But If I wait to see them, I know I’m going to be spoiled by news and other posts online and I don’t want that either…ugh what do I do? All I know is I have to support our Jonghyun in his first small screen acting spot. Jonghyun-ssi Fighting!